About the League
Foundation

The Broadway League Foundation Inc. acts as The Broadway League's charitable foundation. Its mission is to enlighten and increase the public's knowledge, appreciation and awareness of the theatrical arts and to provide a forum for the discussion of issues relating to the preservation and promotion of live theatre as a vital and culturally significant artistic medium by such means as shall be charitable in nature.

Known previously as Celebrate Broadway Preservation Fund, Inc., the Foundation launched in June 1993 to mark the 100th anniversary of the opening of the first legitimate theatre on 42nd Street in what is now the Times Square Theatre District. Since then the Foundation has supported a number of projects to help preserve Broadway's heritage and expose new audiences to Broadway theatre. Its initiatives have included:

The President of The Broadway League Foundation is Al Nocciolino; the Vice President is Charlotte St. Martin; the Secretary/Treasurer is David Richards. 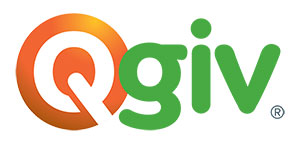 Donate to The Broadway League Foundation.

When shopping at Amazon.com, use our Amazon Smile link to contribute to the Foundation.

The Foundation is a corporation organized under the Not-for-Profit Corporation Law of the State of New York, the purposes of which are exclusively charitable as defined in Section 501(c)(3) of the Internal Revenue Code of 1986.

Copies of the Foundation's financial statements are available on request.